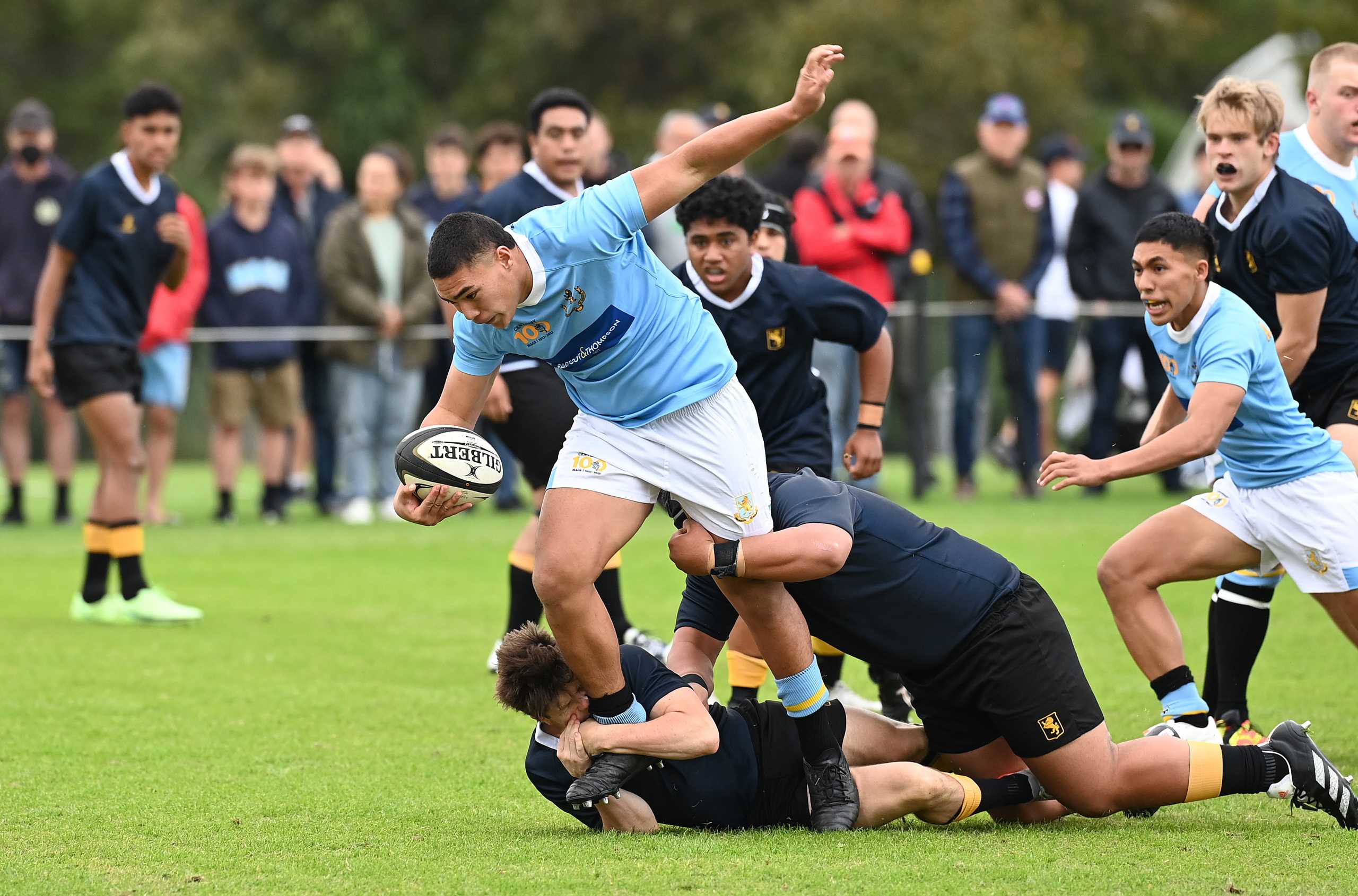 1A title holders Kelston Boys welcomed 10th place Tangaroa College out west, and it was the West Auckland heavyweights that controlled the game to finish up with 39 unanswered points. Tangaroa, with a young squad, can be proud of their efforts against title contenders Kelston. Sam Tuitupou stood out for Kelston alongside Joe Lauvale, who was dominant in set piece and ball in hand.

Only six points separated the two sides, with MAGS taking the win 16-10. Conditions had a big part to play, with both teams unable to open the game up. MAGS will be happy with the points but will be wary of their performance, with 11th placed Liston college nearly pulling the upset of the round. There is a lot to like about Liston, with the strong club connection with Waitemata and the presence of old collegians Sione Ahio and Adrian Choat, both with Auckland and The Blues assisting with resource coaching through the season.

It was top of the table, taking on the bottom of the 1A competition with Aorere College heading to The Cage against 1A favourites, St Peters' College.
A youthful and depleted Aorere College fronted and gave it their all but were unable to stand the speed and size of the St Peter's team, who ran away with a 66-3 win. Aorere captain Charles Gemmell was a standout for his side, furious at the ruck and tackling his heart out all game. For St Peters, Joshua Smith was outstanding with an imposing performance at set-piece and contact, and Etuate Fukofuka again showed why he has been one of the best so far this season with damaging snipes around the ruck and four conversions off the boot.

An important game for both traditional rivals as the result would send one closer to the top 4 and the other falling further back and having to rely on other results at the halfway mark of the season. As expected, a large vocal crowd was in attendance.

Kings College came away with the all-important win, 15-3. Two standouts for the Kings' side were Harry Kavereri and Tre Alatini, who both dotted down for five-pointers.

Kavereri showed outstanding speed to chase a kick from a half break and beat the Grammar chasers to score an outstanding try. Alatini doing the same, chasing a kick to dot down early in the game. The Alumni Army tried to cheer their team back into the game, but the Grammar side struggled to turn possession to points and will head into the last stretch of games with fingers crossed.

1st XV Draws and Results can be found here