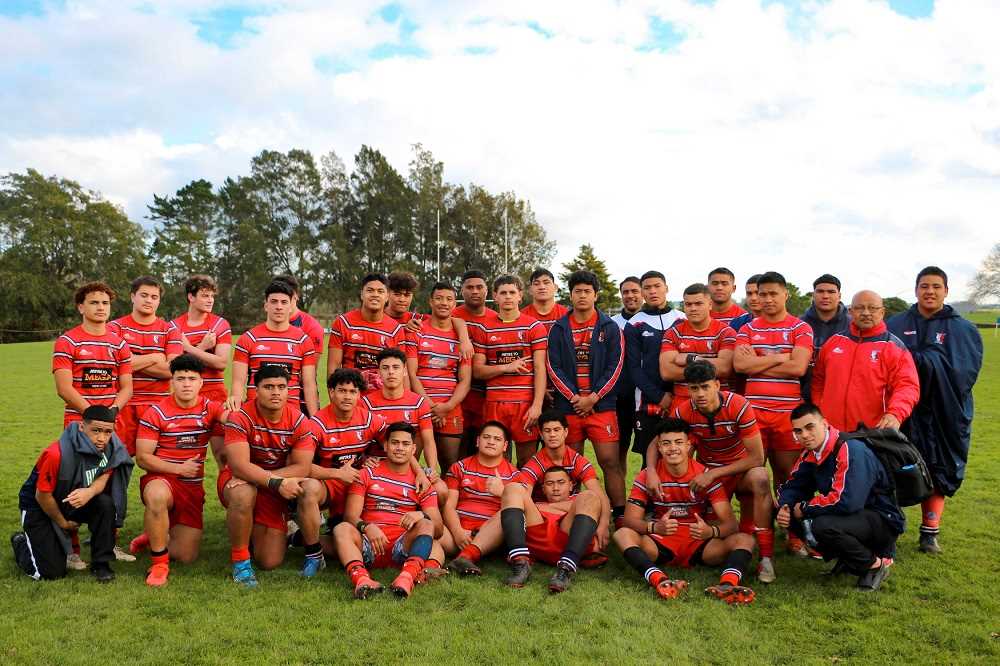 The Opening round of our 1A and 1B competition has given us some huge matchups to start things off. See some previews below from our Auckland Rugby Rugby Development Leads:

Mt Albert Grammar (MAGS) 1st XV will host their long time Grammar School rivals AGS on the BG Williams field this Saturday which will double as a celebration of Mount Albert Grammar School’s centenary year. The squad have some very experienced minds such as Head Coach Tony Hanks leading the group, which will be important to the relatively young squad. MAGS 1st XV Captain (and head house prefect) Riki Ruben will be one to watch as he leads the team on the field from the side of the scrum.

The 1A championship in 2021 was awarded to a talent-laden Kelston Boys High School as they went on an undefeated run that was unfortunately cut short due to COVID. They say talent isn’t much without hard work, so the culture built by Head Coach Matt Howling and his management group was prevalent through some of their close matches in the 2021 season. This seems to have created a domino effect into the 2022 season with a similar dominance shown, despite a sizeable cohort of talent moving on in 2021. One key talent still around will be Xavier Tito-Harris who will look to be the spark for the KBHS attack and lead from the front also with the skipper’s armband.

Returning from coaching Premier club rugby to the 1A scene with Liston College will be Waitemata legends Dan Morath and Rory Lord. The pair along with Tane Hughes have put a fair amount of work into growing rugby at the school with great success. The 1st XV coaches were then tasked with getting new to rugby students up to speed and are excited at this year’s prospects.

St Kentigern College host St Peters in what would have been the game of the round had MAGS not been hosting Auckland Grammar. Last year St Kents had a young team, but it must have been a long summer. Most of these young players have matured with the team looking very sharp in pre-season. Players to watch include hard workers Harry Fayers and Ezekiel Kolo, and the light feet of  Xavi Taele and Wyndham Patuawa Nathan.

Last year's 1B champions travel to St Paul's for what will be a physical battle. The current 1B holders have promoted a lot of young talent with a large exodus of year 13 talent from 2021. New coach Erin Johnston is no stranger to the 1B having coached Tamaki College and won the 1B as an assistant in 2017 with cross-town rivals, Botany Downs Secondary College. Big ball-playing forwards Gus Taliaivao and Thomas Clark will look to showcase their unique skill sets, both have the ability to break games open with powerful carries and their offloading ability.

2021 1C winners will be looking to return to 1B with a winning start this week when they travel to Mt Roskill Grammar. Tamaki College has good size and skills, with second-year coach Chris Hiko developing a play style that suits the Maroon and Blue perfectly. The always elusive Kava brothers (Christian and Siaosi) will be a handful for all teams this year. Tevita Kaufusi, Siale Pulupaki and David Betham are others to keep an eye on.

2019 champions Botany Downs has been one of the most consistent teams in 1B over recent years, with this year looks no different. Their traditional mix of power in the middle and speed out wide has carried through to this season. This is also replicated with their players to watch. With towering forward Randall Baker providing the power and Lazarus Papali’I will be showing the speed. Botany is another school with new coaches in their first XV. With the departure of long time successful coach Logan Fui and the introduction of the Samuels brothers Henry and John. Henry and John bring a wealth of knowledge and will be looking to start on a winning note.

Macleans College host Avondale on their home turf. The halves combo of Declan Murphy and Divan Lorens will hope to steer their team into a win in round one. Both players have strong kicking and passing games that should lead an impressive pack around into the right areas of their turf.

Avondale College are another 1st XV with a new Head Coach- Joseph Buchanan. JB is looking to transfer some of his club’s championship success over to his school team. One of NZ’s largest schools is looking to build some mana in its rugby program and are looking at their 1st XV to lead the way.

There will be fireworks when De La Salle crosses the bridge to face Tangaroa College.

De La Salle comes into this season with a new coaching group led by Bond Tagaloa, and Sam Tuia will all have eyes on their squad as they look to bring a new brand to the competition. Frank Vaenuku and Murray Church are two players to look out for.

The Saua Leaupepetele coached Tangaroa side will try to stop any first-round celebrations from De La Salle. The seasoned coach will no doubt have a few tricks up his sleeve.

These two schools delivered one of the games of the 2021 season, with Aorere snatching a last-minute try to beat Dilworth.

Coached by Ant Strachan and Gareth Pickering, the Dilworth faithful will be making sure there is no repeat.

Look to the clash of the captains in the loose forwards with the hard-working Charles Gemmell squaring off against Dilworth's leader Ofa Topeni. This battle will be one to watch.

Fresh into 1B, the Mangere College 1st XV will be looking to kick start their season against Onehunga High School.

Under new coach Brandon Young-Yen, there is a lot to like about the style and brand that Mangere will bring.

Paul McGrath has led the charge in growing the rugby program at Waitakere College. This includes getting Suburbs Premier stalwart, now teacher Ethan Nisbett to lead their academy program. Ethan steps up to head coach of the 1st XV and has received support from local rugby clubs Waitemata and Waitakere. Otahuhu College will look to claim early competition points when they travel out west. With a new-look coaching team and elevation from their strong u15s program, the south Aucklanders will hope to be singing on the long drive home.