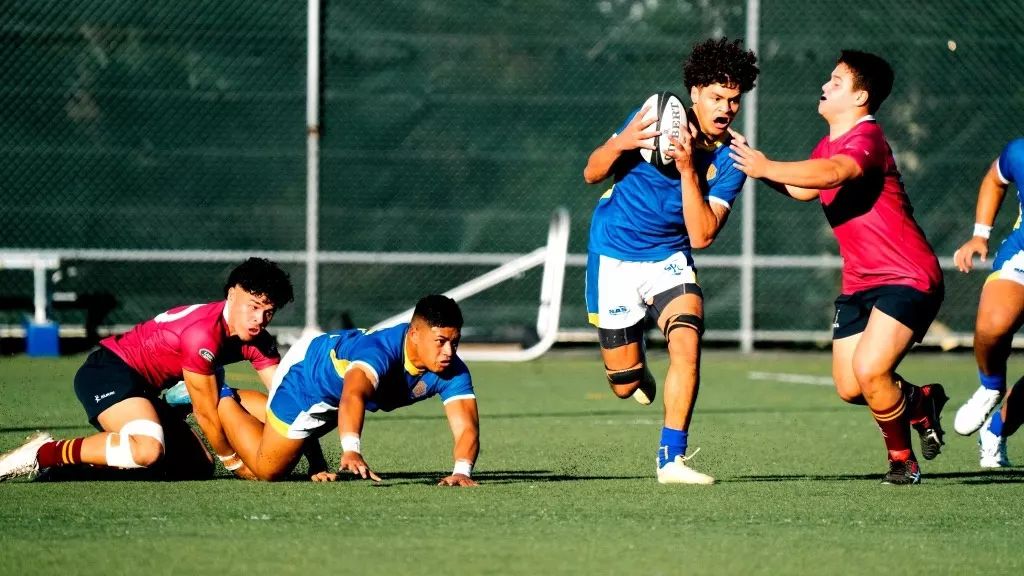 After 11 rounds, we have landed at the business end of the season in our 1A and 1B competition.

In the 1B semis, Southern Cross will travel across town to take on the resurgent St Pauls College.

Both sides have shown glimpses of free-running explosive rugby, utilising the traditional rugby league talent that frequents their school grounds.

Leka Halasima and Jerome Falemoe have proven difficult for defenders this season, with Halasima proving a handful with his powerful block-busting runs with ball in hand.

St Paul's trio of Jessiah Tanoai, AJ Jones and Sio Kali have combined to cause havoc against their opposition this year. Under the careful eye of renowned coach JP Faamausili, the St Paul's outfit have proven many wrong as they topped the 1B grade to earn a home semi-final.

Both teams have been regular 1B finalists, and it will be a battle for those in attendance to watch.

The 9&10 pairing of Declan Murphy and Divan Lourens will be vital for Macleans to progress through as they look to control the tempo and keep the dangerous Botany side at bay.

Botany Downs will rely on the power and speed of Lazurus Papali’i, who has caught the eye of selectors this year with his trademark carries and brutal defence, as well as livewire Dylan Menzies who can turn a game on its head when given a chance.

We know this game will have everything, including the East Auckland bragging rights.

In the 1A we have two games that will have keen school rugby followers talking for a long time.

St Peters finished top of the table, which will have them as favourites to progress through, but De La Salle will look to pull a Manukau Rovers-like approach and have the crowd on edge.

Samipeni Otukolo has been one of the standouts of the year, with the "pocket rocket" pulling strings for the Mangere East school. Otukolo, along with Tino Taito and Hawkins Toeava at hand, you can be sure the La Salleans will pull a few tricks.

St Peters will look to Sika Uamaki-Pole, who has been impressive this year in 1A, along with Etuate Fukofuka collecting wins in what has been a dominant 2022. The battle at The Cage will be one you won't want to miss.

In the corresponding semi-final, Sacred Heart travel to Kelston Boys, who, after a large number of boys from last year’s championship team heading away, find themselves in a familiar position playing for a spot in the 1A final.

For Kelston Boys, it is hard to go past the excitement machine that is Ratu Naborosi. Clocking in an eye-catching sprint time at the recent Auckland U18s Development day, if Ratu has ball in space, you could almost guarantee something exciting will happen. There’s something in the water out in west Auckland as the Matt Howling coached team find themselves a win away from a finals spot.

Sacred Heart will be looking to put a stop to that as the proud East Auckland based school head to Kelston on the back of what was a “quarter final” game against Kings College last week.

With a dominant front row of Tamiano Ah Loo, Joshua Kopua and Tonga Helu, you can almost bet the house on Sacred Heart targeting the Kelston set piece if they want to keep their dangerous outside backs in check, and young Rico Simpson will look to guide his team around the park.

Check here for the latest draw.