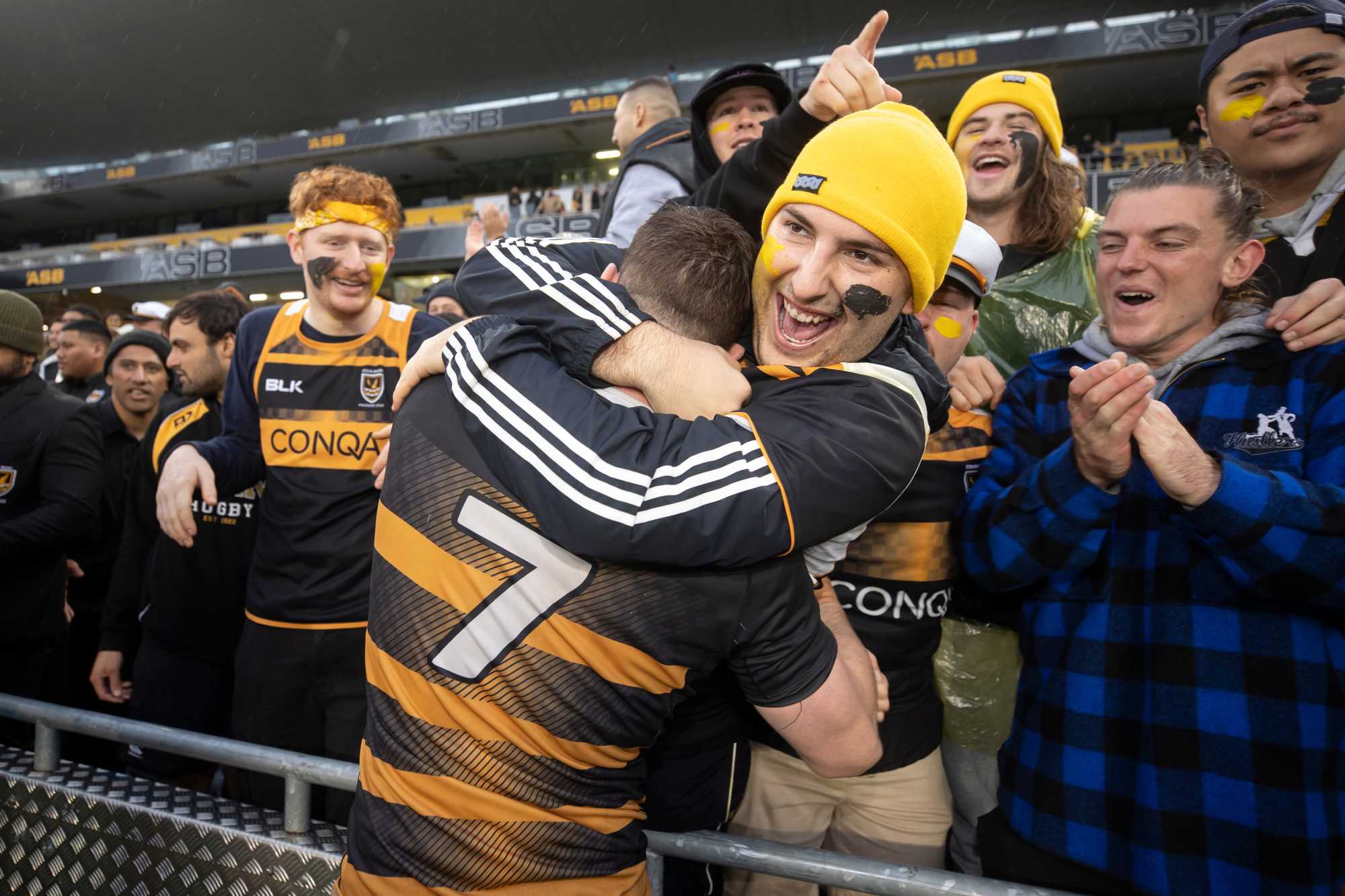 It is a rare feat for an Auckland Rugby Club to be in possession of the Gallaher Shield for such a landmark celebration, and even more improbable that Eden should be holding it for the very first time.

However if you thought a club which was formed the same year (1922) as the shield's inception would rank a championship win which was 99 years in the making as its biggest achievement, you'd be wrong.

"The fact we have retained our club identity as Eden for 100 years outweighs everything else," said club president and life member Junior Williams.

And patron Tom O'Hanlon, who joined the club in 1948, helped build the clubrooms in 1957 and then got married in them a year later, agreed.

In an era when so many clubs across all codes have been forced to re-badge in the wake of mergers, amalgamations or just shut up shop, Eden are proud to still be Eden.

"We did dabble with merging with the Roskill Rugby Club a few years back," Williams said. "Everything was negotiated in good faith, but it just didn't work out and on reflection it was good to keep our own identity as a central Auckland club."

Eden was born on February 2, 1922, with a meeting was held in the Druids Hall, above the Hellaby's Butchery on the corner of Walters Ave and Dominion Rd to form a rugby club during an era when there were few teams to contest the newly-minted Gallaher Shield.

A committee was elected, with meetings held in Lou Gunning's bootmaker's shop in Valley Road shops, and Eden became the eighth team to compete for the trophy.

Eden battled through the war years – particularly 1941-43 – when they were down to a couple of teams, and survived other lean spells to come back strongly in the 1980s-90s.

Today they are once again experiencing new growth with a base of 500 seniors and 400 juniors (and its 28 junior teams include six girls teams).

However that re-growth has yet to fully replenish its premier men's team. Eden have fielded nine debutant U-21s this season, after a lot of older players went out on a winning note with the Gallaher Shield.

Williams, the club's former premier team manager, is philosophic about the rebuilding challenges being faced this year.

"All clubs go through it," he said. "The big wheel keeps on turning."

But nobody can take away from Eden their sensational Gallaher Shield win of 2021, when a team of relative no-names triumphed.

"People say we came from nowhere to win, but it was something that had been in the pipeline for seven years with our most experienced players.

"There was huge belief when we beat Ponsonby in the semifinals. The players came out of the changing room with their war faces on and that was when I first had the gut feeling it was our year."

O'Hanlon, 87, who played as a goal-kicking fullback in the 1950s, had dreamed of winning the shield as a player but never got closer than seventh. He considered 2021 the pinnacle of his career.

On the day of the final his job as club patron was to give the players a speech just before kick-off. The message was, "keep it simple".

"On the Saturday the heavens opened up, played into our hands and we came home with the shield," O'Hanlon said. "It was an amazing achievement, with victory dedicated to the Eden membership.

"We're a working man's club – there is no money at our club - but we do have beautiful clubrooms which are freehold.

"After the final win I'd never seen the clubrooms so full, never seen such a crowd. I was genuinely worried the floor I'd helped build was going to give way."

On Saturday at 2.15pm O'Hanlon will apply the final shovelful of dirt as a centenary totara tree is planted at Gribblehirst Park (behind the bus shelter).

Other events include a centennial dinner being held in the Grand Hall Lounge of Eden Park (on Friday night) with Eric Rush the master-of-ceremonies.

A special mix n 'mingle after-match function will follow the game. Premier players will play in a special centennial jersey and one of these will be auctioned off.