Kaino back in blue and white hoops 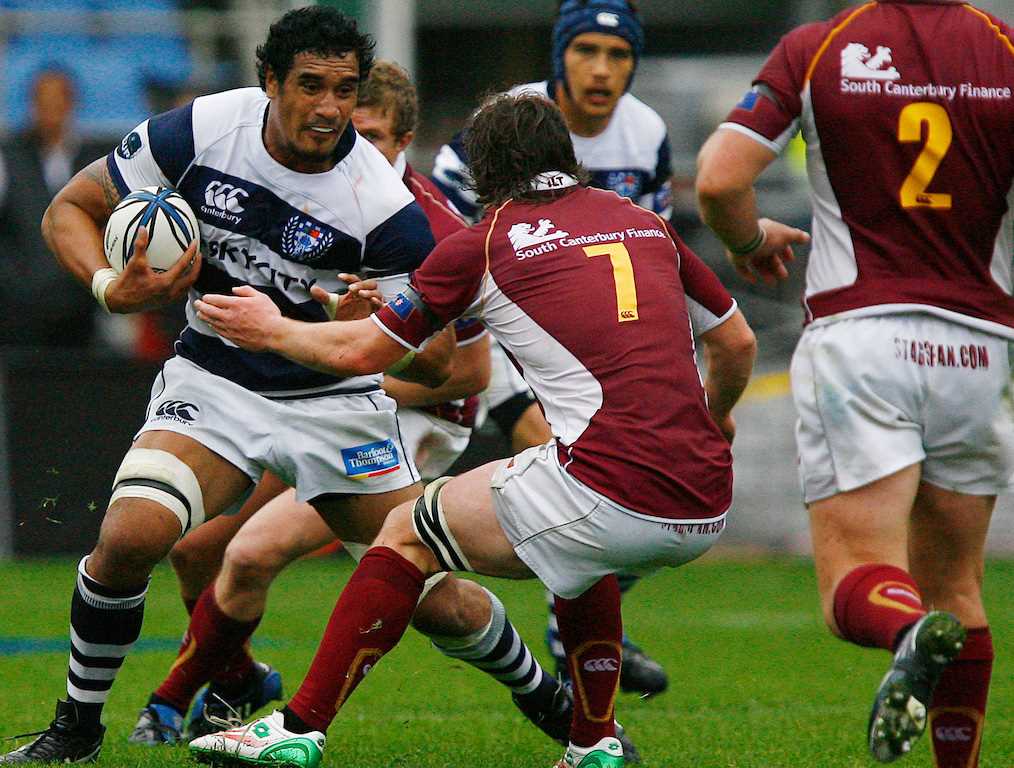 The 34-year-old All Blacks loose forward will make his 57th appearance for the union, but first since 2010, when he scored a try in the 37-13 defeat of Counties Manukau in Pukekohe. He will wear the No 8 jersey, with Taleni Seu back in the starting XV on the blindside flank.

“He’s been good with us this week. Obviously he’d rather be back with the ABs, but it’s great to have him back in our environment,” says head coach Nick White.

“We’ll expect the usual Jerome, physical in contact, and we need him to lead as well. We’ve had a few niggles in the loose forwards, so his experience will be invaluable.”

Auckland will be aiming for a strong response after the disappointment of the 57-10 defeat to North Harbour last Sunday.

“It’s been a tough week, but we are not shying away from that or getting too emotional. It’s about finding solutions and this group here is the only one that can make it right.”

There are six changes to the starting XV and several injury-enforced changes to the bench, meaning Auckland may have used as many as 43 players in just five games if all the new men see game time against Taranaki. Fourteen players out of club rugby, as opposed to Super, were used last Sunday, with 17 against Waikato.

Midfielder George Moala has a slight hamstring injury which has put his 50th game for the union on hold for at least a week.

Jordan Trainor returns at fullback, while University No 10 Tyrone Elkington-MacDonald will make his fifth appearance for Auckland after being promoted from the Bs.

Openside flanker Blake Gibson is back after two days with the All Blacks. Isi Tu’ungafasi replaces the injured Sam Prattley at loosehead prop.

There are potential debuts off the bench for Ponsonby prop Marco Fepuleai and University lock Lyndon Dunshea, while five-eighths cover and Ikale Tahi international Latiume Fosita could become the first full Auckland rep out of the Mt Wellington club if he takes the field.

All the players will run out wearing their club socks as the union celebrates Community Day.

Caleb Clarke, Sione Havili and Wiseguy Faiane have all been released to play for Auckland in the Jock Hobbs Memorial National Under 19 tournament, kicking off in Taupo on Sunday

*The Auckland Storm women host Canterbury in the 12.05pm Farah Palmer Cup curtainraiser, the feature being the 100th NPC outing of veteran halfback Emma Jensen, while Black Ferns captain Fiao’o Fa’amausili, fresh from leading the team to the Women’s Rugby World Cup, will be injected off the bench. – Campbell Burnes