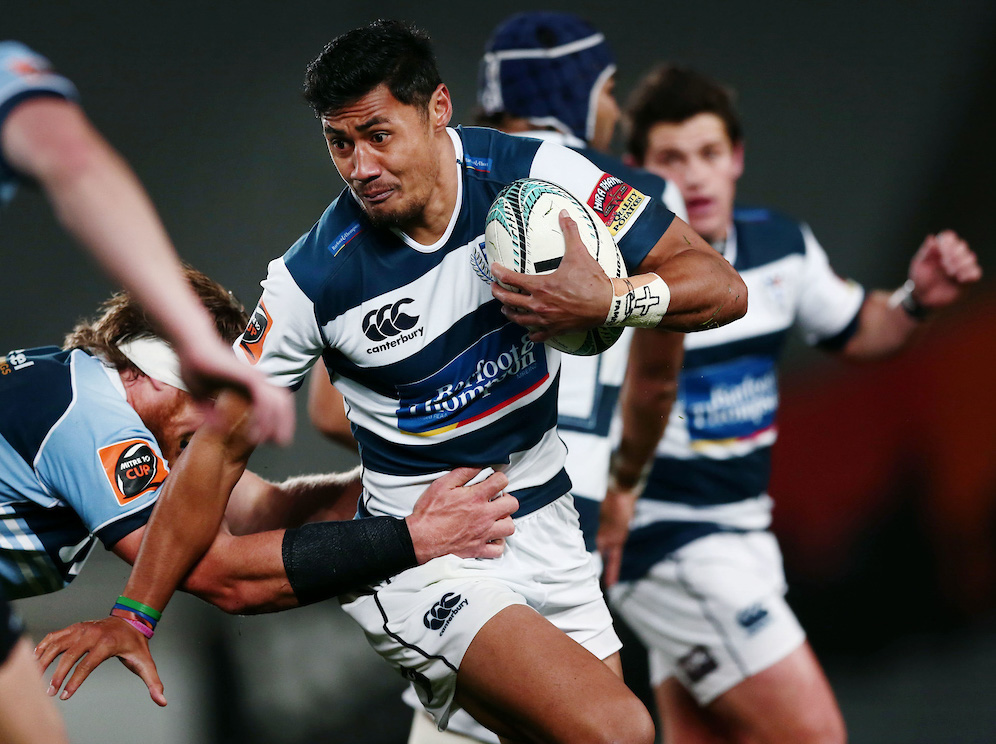 Auckland’s injury concerns are easing ahead of the team’s South Island tour.

Coach Nick White has made just three changes to the starting XV as Auckland seeks to win its second game of the season and extend its seven-year win streak against the Southland Stags in Invercargill on Friday night.

Jerome Kaino will again wear the No 8 jersey after 66 effective minutes in last weekend’s 49-38 defeat to Taranaki. Sam Prattley is back from injury at loosehead prop. George Moala returns from a minor hamstring injury and will suit up for his 50th game for Auckland.

There is a potential debut off the bench for Pakuranga loose forward Dalton Papali’i, who damaged an ankle on New Zealand Under 20s duty in June.

Outside back Melani Nanai will fill the No 11 jersey, his comeback now complete from a calf injury. Malakai Fekitoa moves to the bench.

Southland lies at the foot of the Championship table, with a 0-4 record, but White knows the Stags pose a difficult crossover proposition in Invercargill. Auckland won the 2016 fixture in Invercargill 51-16, but took a long time to subdue Southland.

“Going to Invercargill is not going to be easy. It’s a tough place to play and they will be as desperate as us. It should be a real ding-dong battle,” he says.

White was relieved that there were more players to choose from at training after an inordinate amount of injuries this season.

“It is a lot better. It’s the first week we haven’t lost a lot of guys, so it makes it easier at training with combinations.”

After some good rugby, at times, against Taranaki, especially in the first half, White is hoping for more over the 80 minutes.

“The boys have been training well. It’s not a lack of effort, more skill execution. I think we’ve conceded 19 tries in the first five games and 10 were from turnovers. The breakdown is a key area for us this weekend,” White says.

“The boys need to use that pressure on them, not to get bogged down, to get a performance.”

The team will stay in Queenstown for a week, getting in a solid training block ahead of the September 21 clash with Otago. - Campbell Burnes