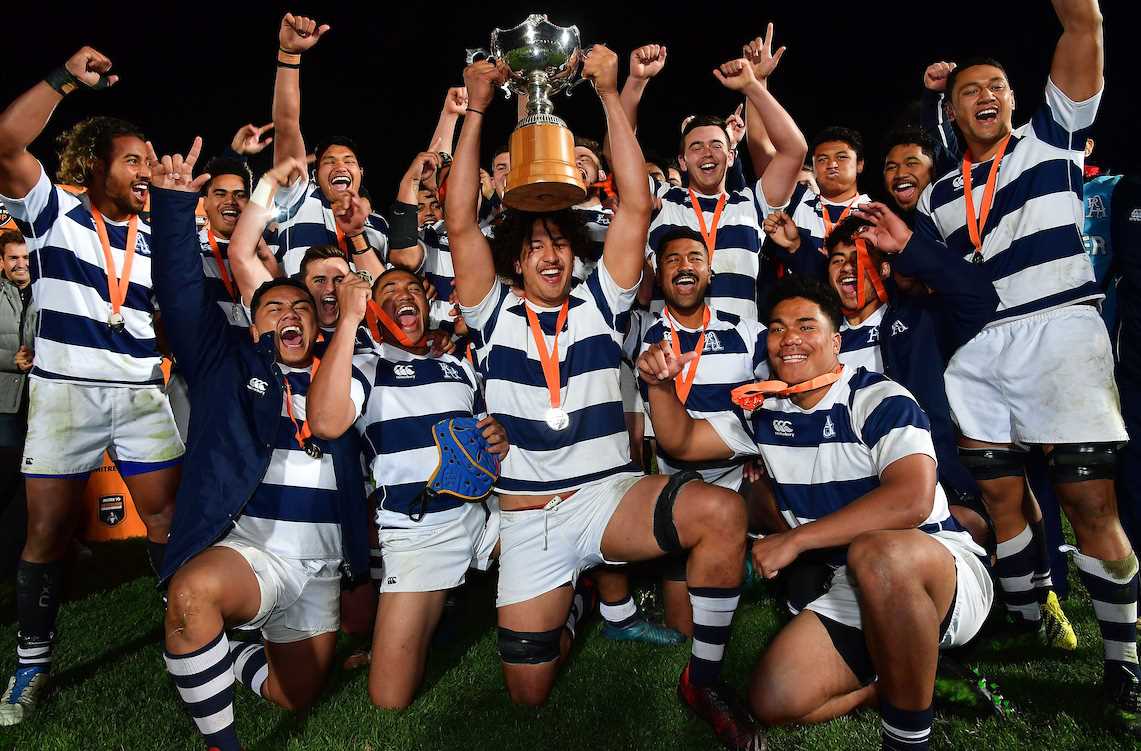 Auckland is the new champion of the Jock Hobbs Memorial National Under 19 tournament in Taupo.

Andrew Hewetson’s charges defeated the 2016 champs Waikato 30-17 to be the fourth province in four years to win the Premiership division for the Graham Mourie Cup. This was the union’s first championship after placing second last season.

Sweeping aside Manawatu and Canterbury on match days one and two, Auckland A entered the decider as favourites, with a strong-looking in-form squad.

Auckland attempted to use the ball wide early and it was not long before the first of three pieces of Wiseguy Faiane magic broke open the game. The first five’s deft grubber saw centre Tanielu Telea cross for the first of his double. The second came just minutes later, latching onto a Faiane crosskick.

Waikato, working off a solid scrum platform, hit back via two tries of their own to gutsy No 10 Liam Coombes-Fabling.

At 12-all at oranges, it was game-on, but Auckland stiffened its scrum and wing Caleb Clarke, one of three in the team who have already tasted Mitre 10 Cup action this season, finished in style after a searing Faiane break.

Things got testy at times between the packs and No 7 Sione Havili spent 10 minutes in the sinbin, but he did become the second Auckland man, after Mitch Karpik in 2014, to win the coveted DJ Graham Award as player of the tournament.

A brilliant solo try by wing Siave Togoiu effectively sealed the win for Auckland, his 70m effort featuring a chip and regather off a scrum.

While Waikato stayed in the contest, with a try to Mitre 10 Cup lock Laghlan McWhannell, Auckland had started to gain control of the forward exchanges and sorted the scrum problems. No 12 Harry Plummer contributed 10 points off the tee.

“Waikato came here to play, but all credit to our boys for bringing it home in that second half,” says Auckland skipper Waimana Reidlinger-Kapa.

“This tournament is all about getting your recovery right and staying tight as a team. We just tried to enjoy the whole week.”

The Under 19 Development side had to settle for 16th and last position after falling 27-19 to Northland. – Campbell Burnes