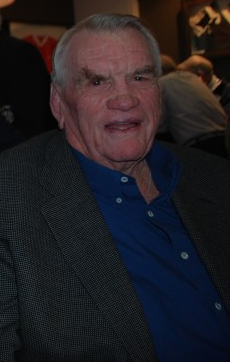 Barry played 86 games for Auckland from 1958 to 1967, scoring one try for three points, and was a stalwart of an Auckland side who experienced considerable success during a fine Ranfurly Shield era from 1960-63.

Thomas also represented the All Blacks on four occasions from 1962-64, and later returned to coach at the Manukau club, as well as being a prominent worker within the Barbarians.

Barry Thomas made a considerable contribution to rugby at all levels within Auckland and throughout New Zealand; Auckland Rugby’s condolences go out to the Thomas family at this time.