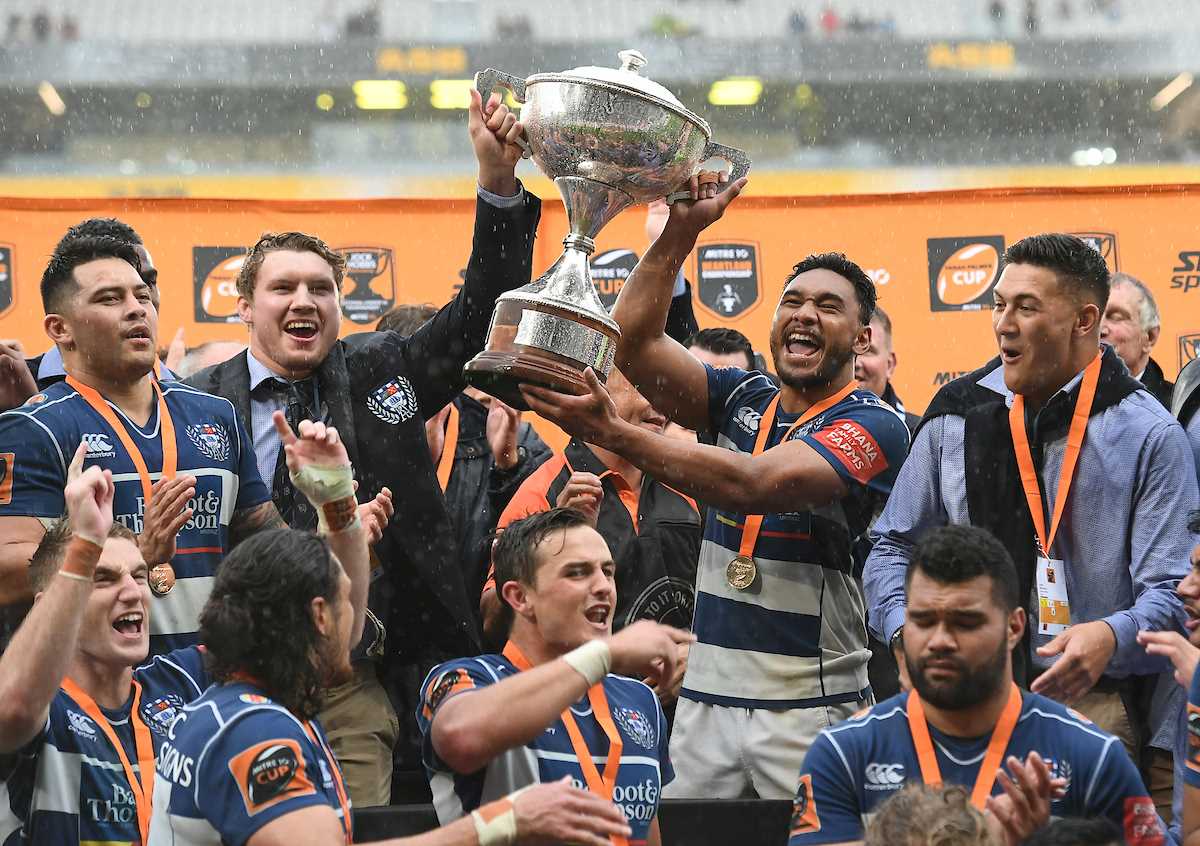 Auckland’s defence of their 2018 Mitre 10 Cup Premiership triumph begins in earnest next Friday night at Eden Park against North Harbour. The annual ‘Battle of the Bridge’ will surely produce an enthralling contest on the back of the squad announced today by Alama Ieremia and his coaching team.

The 40-man strong squad named for the campaign features several notable returnees from last year as well as new up-and-coming talent from the local club scene in Auckland.

In the forwards, Robbie Abel, Jack Whetton, Dalton Papalii, Blake Gibson and Akira Ioane are all back for another tilt at the title. Scott Scrafton also returns after missing all of last year’s campaign with injury.

New players to squad include young flanker Cameron Suafoa of College Rifles who is primed to add valuable experience at a higher level to his already considerable frame. Hooker Michael Lea and Lock Peter-Chanel Tagaloa, both of Marist, will look to bring their own brands of dynamic physicality from the club scene to the Mitre10 Cup.

The backs, once again, have an exciting flavour to them. Jonathan Ruru and Harry Plummer will aim to build on their relationship at the 9-10 axis with TJ Faiane, Tumua Manu and Tanielu Tele’a battling it out in the midfield. Caleb Clarke and Salesi Rayasi will ensure there’s no shortage of speed, power and guile on the flanks.

Providing plenty of competition and support out wide will be new and local lads to the group. Danny Tusitala, of Ponsonby and the Samoan Sevens team, will look to bring his high tempo game at halfback. Papatoetoe’s D’Angelo Leuila is also likely to be afforded time in the middle to show off his own dazzling array of skills in the playmaker role.

Alama Ieremia will once again lead the side as Head Coach with able support provided by Filo Tiatia, Tai Lavea, Mike Casey and Sir Graham Henry.

Ieremia is under no illusions heading into the opening round as to how difficult it will be to repeat last year’s efforts.

“For us, it’s about going out and winning it all over again. 2018 has been and gone, and we celebrated those achievements last year. It’s now all about being prepared and ready for each challenge and each game that awaits us.”

Regarding those selected in the squad, Ieremia conceded that not all would play right away, but that good form would be rewarded if players performed for other representative sides.

“Our representative programme is aligned from the top-down, and we’re extremely lucky to have great support from our clubs and their coaches to allow us to pick from such a strong and talented player-base.”