Auckland looking to take a bite out of the Mako 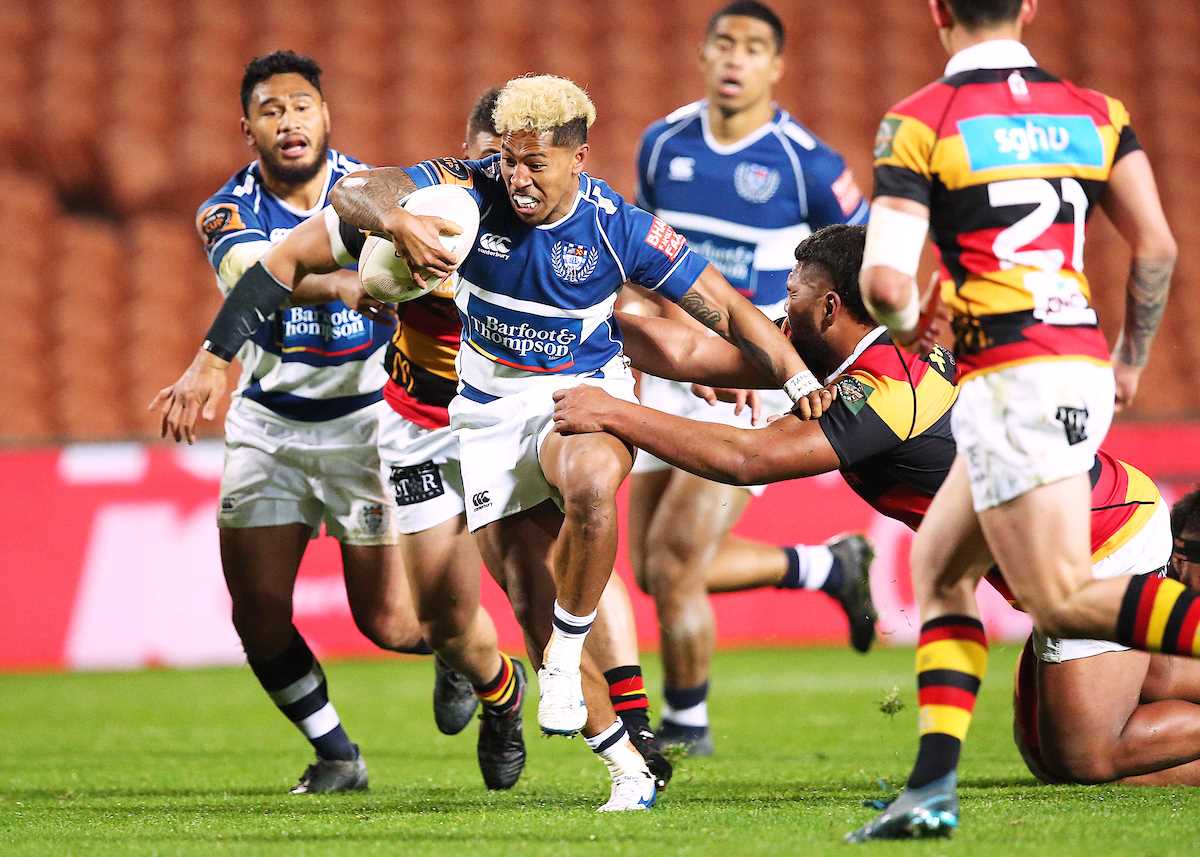 Auckland head to Nelson on Friday night to take on top-of-the-table Tasman. The Mako have been imperious thus far but have been pushed in the last couple of weeks by North Harbour and Waikato.

Auckland will be looking to get back to winning ways after a humbling at the hands of Wellington last time out. Despite leading at halftime, the blue and whites were unable to register a point in the second spell, allowing the Lions to come home strong and claim the victory.

The tight-five remains almost the same for the weekend with the only change coming at lock where Jamie Lane lines-up in place of the injured Scott Scrafton. The backrow also sees a single change due to injury with Waimana Riedlinger-Kapa in at blindside flanker and Adrian Choat shifting to his preferred openside role. Choat will be looking to fill the void of co-captain Blake Gibson who sustained a knee injury in the opening half against Wellington last Saturday.

Out wider, Danny Tusitala reverts to the starting halfback role while Harry Plummer retains his spot at first-five. TJ Faiane and Tumua Manu continue as the midfield pairing where they will be looking to unlock wings Caleb Clarke and Tanielu Tele’a. Jordan Trainor makes his second consecutive start at fullback after a promising showing last time out.

The result against Wellington was a disappointing one, and Head Coach Alama Ieremia is aware that the side has several areas to improve on before facing Tasman on Friday night.

“It was very disappointing to lose that game and tactically they probably got on top of us in terms of putting the ball behind us in the second half and slowing our ball down, so credit to them. It probably came at a bit of a cost to us as well injury-wise, so it will certainly test our depth – I know that for sure.”

Looking at the Mako, Ieremia acknowledged the impressive way they’ve gone about their work so far in 2019, but also knows that an 80-minute performance from his side is only one game away.

“They’ve (Tasman) had some tough games against North Harbour and Waikato, so there are areas we can look to exploit, but we need to tidy-up our game first and head down to Nelson and play with plenty of confidence.”