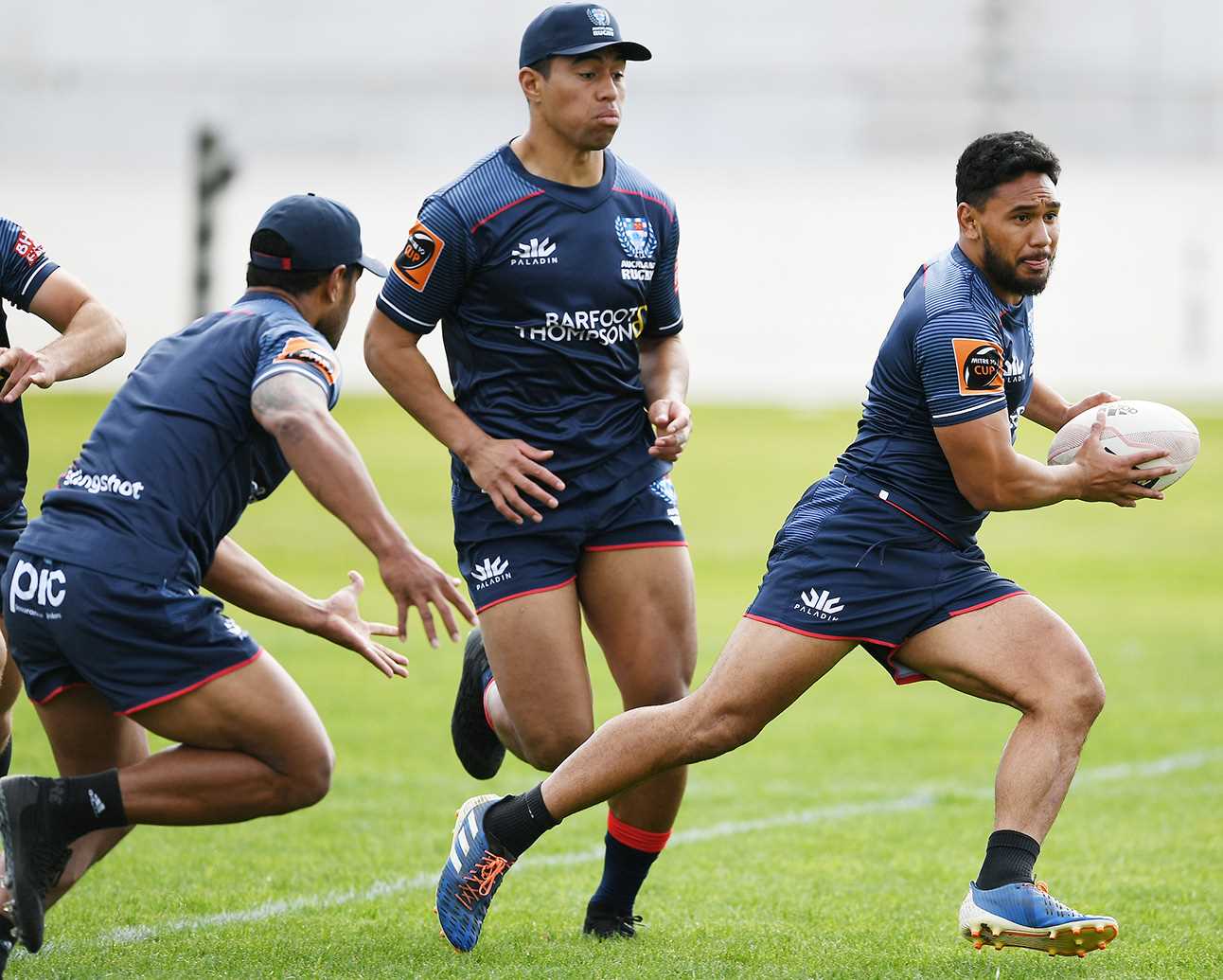 Ieremia has the luxury of 16 of the 40-man squad having been involved in the Super Rugby Aotearoa season. 13 of those from The Blues who impressed their New Zealand critics with an impressive record during the Super Rugby Aotearoa competition Head Coach, Alama Ieremia was impressed by the level in which the Super Rugby competition was played at. “Every match was played at a high level, and that is all credit to the players and their preparation especially during the COVID-19 interruptions. We have a good number of players coming into the team from various Super Rugby camps, so it will be exciting to have their energy around the camp”.

Whetton has come from the deep south after a campaign with The Highlanders in Super Rugby Aotearoa. The 28-year old will be adding to his 36 appearances when he turns out for the Mitre 10 Cup this year.

The Auckland Rugby squad has the benefit of being spearheaded by some experienced leaders. TJ Faiane will captain the team for his second season while having former 2018 Co-Captain, Blake Gibson, in the camp as well. Captain of The Blues and the North Island side for the North V South fixture, Patrick Tuipulotu, will offer plenty of knowledge while Angus Ta’avao, Ofa Tu’ungafasi and Reiko Ioane all have All Blacks experience to lean on as well.

The leadership will all be overseen by one of New Zealand Rugby’s greatest leaders, Sir Graham Henry. Sir Graham will join the team in a mentoring role. A role that he has taken on in previous campaigns with the union. The Former All Black and Auckland coach will be highly valuable for a group that has a vast amount of experience across the board.

Six players are set to make their 50th appearance for the Blue and Whites this season. Angus Ta’avao, Ofa Tu’ungafasi, Simon Hickey, TJ Faiane, Akira Ioane and Marcel Renata are all in line to accomplish the milestone throughout the season.

It will be a long-awaited milestone for Dilworth College old boy, Angus Ta’avao. Making his debut for Auckland in 2010, Ta’avao has been involved in campaigns throughout New Zealand and Australia and earned himself a spot in the All Blacks squad for the 2019 Rugby World Cup. After a long break due to a rare quad injury, the Eden Rugby Club front rower made his return to Super Rugby for the Chiefs against the Crusaders in week 8 of Super Rugby Aotearoa. Ta’avao’s knowledge and experience up front will be welcomed into the squad for the Mitre 10 Cup season.

Five of Ieremia’s new signings this season are products of the Auckland Rugby Academy Program. Simon Hickey and AJ Lam are past members of the academy and Soane Vikena, Taufa Funaki and Zarn Sullivan were members of the Unions 2019 program. Vikena was also named Development Player of the Year at the 2020 Blues Awards.

The Auckland Rugby Mitre 10 Cup campaign begins with Otago at Forsyth Barr Stadium on September 12. The 17-time provincial champions will host Wellington, Manawatu, Tasman, Waikato and Northland at Eden Park with a potential Ranfurly Shield Challenge against Canterbury in the last game of the round-robin.

Auckland will be travelling North for the Battle of The Bridge against North Harbour on October 24, the 2019 meeting saw the bridge split down the middle with a 28-28 draw. Auckland will no doubt be looking to bring the trophy back to the home of rugby.

Beaten semi-finalists in the 2019 season to eventual winner Tasman. The 23 returning players will have their sights set on a finals appearance to top off an impressive year for homegrown rugby in New Zealand. Coach Ieremia said his team will be ready for Otago in the opening round of the Mitre 10 Cup.

“We have an experienced squad this season, and it will be up to the players and management to lead from within the group, to get the best out of our preparation. We haven’t had an ideal pre-season like other teams, but that’s not going to stop us from being excited and coming out firing for opening round”.